“It is what it is”. I hated that phrase. I had an old boss use it every time they had bad news. It seemed like a catch all phrase, an excuse when they couldn’t find a decent reason, or didn’t take the time to do so. Every time I heard it, I got quite frustrated because I didn’t even warrant a good explanation that they were crushing my dreams, or give me a good answer on how I could get there. It was a vague, inappropriate, insensitive answer that I couldn’t work on or improve, it was a lame “No.”

Why do I bring this up now? Why dredge up old wounds, why humiliate myself again after years and moving on?

I say this becauseÂ I’ve found myself tempted to sayÂ it. And being on the other side, it stinks. You want to give your people all you could, or give them all the breaks you can, because you know how it feels, and how hard it is sometimes, but you also want to be fair to the company that’s paying you to do work, and make sure that they continue paying you for the work. I want people to be engaged, motivated, excited, but I also want to make sure the company WANTS to keep the team long term. That the short term goals coincide with the long ones. That we don’t take too much holidays to impact production but also make sure the team has time to spend with their families, to not have to file leaves or ask for time off to do so. I’ve realized the Philippines has a crap ton of holidays that we’d lose a whole lot of production if we honored them all, so we reached a compromise of honoring the important ones that are hard to miss.

I guess it’s a wake up call that management, even though it’s the most fulfilling thing I’ve done in my career, is a mixed bag of things. You know you’re going to have to have the difficult conversations. People will think you’re a hag because you check on their every move. They’ll stop conversation mid-word when you come into a room because they can’t be flawed in your presence. You hold yourself to a higher standard because you have to set a good example for everyone. But you’re also the person to share their good news, their promotions, salary raises, thank them for their hard work.

No post is perfect and will test your patience, intelligence, and emotional status every single day. But the thing to remember is, you’re there for a reason, and the least you can do is the best you can offer, because ultimately, you’re the one you’re cheating if you’re doing things half-assed. You cheat your career growth, you cheat the people you work with, you cheat the progress of everyone involved. Projects will get affected and in the end, you’ll get less work, because you get less results.

We all have our role to play, and if it takes you being the bad cop, the one who people get annoyed when they see show up, but it helps the team in the long run, take the hit for the team. They might not like you personally, but their performance will get better, the company will trust the overall team, you’ll all get a better tenure.

Have you had to play a bad guy for the good of your team? 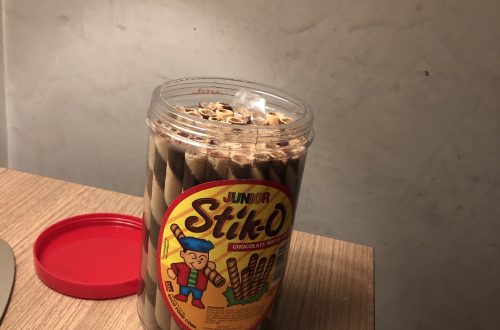