2. Aling Ude’s tokwa’t baboy cures all hangover ails. Catch her at the Marikina Riverbanks early morning every day (I think except Sunday?)

3. The MyThai/Jack’s Loft in Il Terrazzo aint a bad place to work, an outlet, fishbowl iced tea, and cheesecake! (Though sidenote, not a fan of their pad thai, too greasy, yecch).

4. Making a mix tape to introduce a coworker to Filipino music is harder than I thought, when you can’t pick songs sung in Filipino, it makes for a really watered down mix.

5. Don’t get a haircut when you’re bored, or at least tell the stylist to “do whatever” or you’ll end up with a haircut that you’ll have zero idea on how to get back the moment you step out the salon. It will also leave you looking like Billy Ray Cyrus in the 90s. 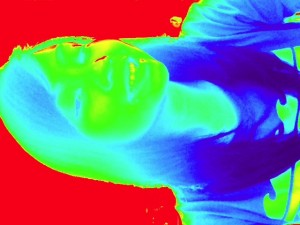 7. the Transporter tv series feels like FPJ, Lito Lapid and Chuck Norris collaborated on a character and made him drive. He gives chicks money after smashing their car to save her life, gets a multibillionaire heiress to strip naked in front of him to “get a man’s opinion”, crushed more than a dozen apparently inept armed men with his bare hands, and got a police inspector to water his daisies with a single look. Absurd, and Statham is ten times sexier with that rough voice and workingman appeal that carries all his movies, however absurd they seem, the guy in this one, not really.

8. Hellish hot Mondays make for very absurd thoughts. What do you think?